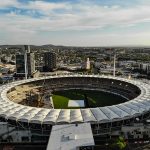 We’ve visited The Gabba a couple of times to see the Brisbane Lions play live. Here’s our guide to everything you need to know about The Gabba. The Gabba is the name locals fondly use. Fortunately, it does not have a lame sponsored name. The stadium is located at Vulture Street, Woolloongabba, QLD 4102. The stadium hosts games by Brisbane Lions, Brisbane Heat, Queensland … END_OF_DOCUMENT_TOKEN_TO_BE_REPLACED 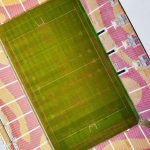 After a trip to watch the football live, here’s our guide to everything you need to know about Suncorp Stadium. Lang Park is the name locals fondly use, but it currently has the sponsored name of Suncorp Stadium. Sometimes sports commentators call it ‘The Cauldron’. The stadium is located at Castlemaine Street, Milton QLD 4064. The stadium hosts games by Brisbane Broncos, … END_OF_DOCUMENT_TOKEN_TO_BE_REPLACED 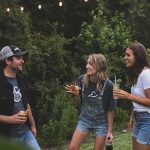 Here are some ideas for hosting a State of Origin party in the comfort of your own home. State of Origin Party Catering A rugby league party is going to be all about meat pies and sausage rolls. (Think Piefection or Pie Town). You can splash out on some fancy ones from your local butcher or just grab something from the freezer section. Make your own hamburgers, pizzas or … END_OF_DOCUMENT_TOKEN_TO_BE_REPLACED 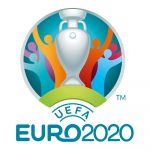 The UEFA European Championships (Euros) was postponed a year. This football competition is usually held every four years. Only 24 countries can qualify for the final. For the first time, the tournament will be hosted at 12 cities around Europe. Amsterdam, Johan Cruijff ArenaBaku, Baku Olympic StadiumBilbao, San Mamés StadiumBucharest, National Arena BucharestBudapest, … END_OF_DOCUMENT_TOKEN_TO_BE_REPLACED 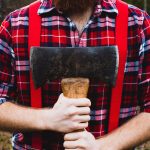 Maniax Axe Throwing is an enjoyable way to blow off some steam that promises to bring you closer to the Old Norse gods. Your axe throwing sessions starts off with a short lesson in how to throw an axe and lots of safety instructions. Axe Throwing Rules Always return the axe to its dedicated hanging spot at the end of the laneOnly one person in a lane at a timeTo remove … END_OF_DOCUMENT_TOKEN_TO_BE_REPLACED