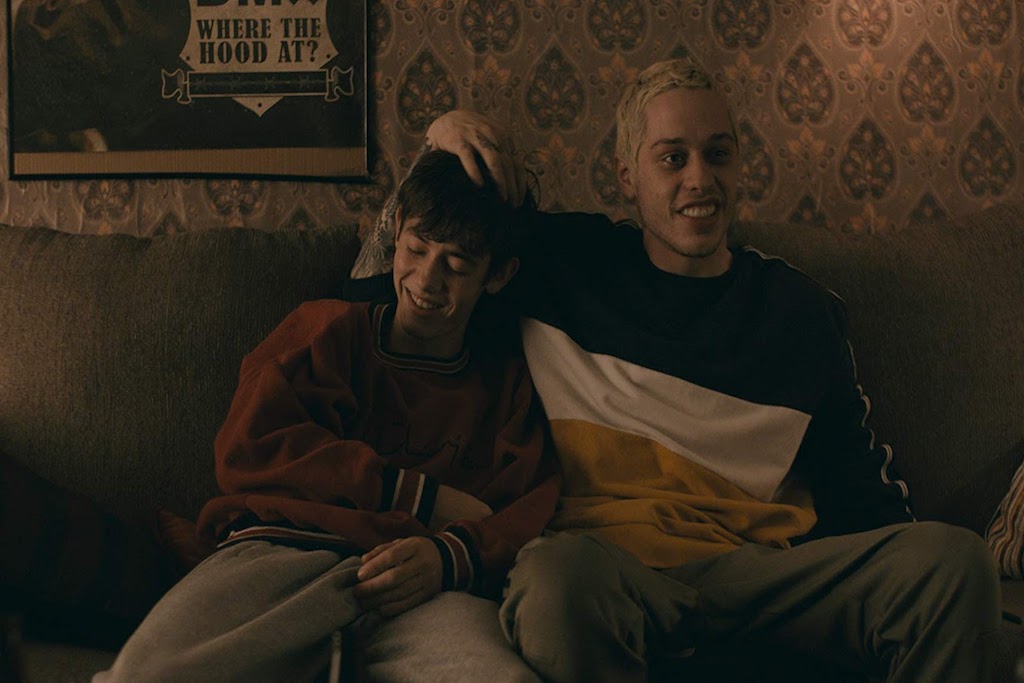 The “coming of age” sub-genre of teen films often have to walk a fine line in how they present both the teenagers experiencing whatever narrative-specific challenges and the parents who are, at times, helpless to assist them.  Here is where Big Time Adolescence flexes its intelligence, understanding that these teens are essentially still children and need to learn from their experiences – whether they are good or bad – and the parents, not wanting to necessarily come off as overbearing dictators, have gone through their own form of rebellion which places them in a position of understanding.

Drinking and experimenting with drugs & sex is often what constitutes rebelling in the teen film genre, and there’s certainly enough of that taking place in Big Time Adolescence, but it’s framed in a way where it’s not used as a necessity to feel “grown”, it’s more an organic process brought on by the surrounding environment, and sometimes you just have to make certain choices and live with the aftermath.

The adolescent at the centre of the film is Mo (Griffin Gluck), a 16-year-old who spends every spare moment he can afford with Zeke (Pete Davidson, sublime), a 20-something who acts as the big brother figure Mo never had.  Their friendship blossoms from Mo’s pre-pubescence when Zeke dated his older sister (Emily Arlook) and was more than happy to be the third wheel on their many adventures.  Even after Zeke splits from Mo’s sister the two maintained a genuine friendship, resulting in Mo partaking in a much older culture that has understandably worried his parents (Jon Cryer and Julia Murney).

Mo’s insistence on hanging out with Zeke has stifled his own ability to connect to kids his own age, and the drug-fuelled, alcohol-dependent mentality that is Zeke’s environment only adds to the anxiety that Mo’s family have regarding their friendship.  As much as Zeke fills the archetypal stoner/drop-out mould, Davidson’s performance and Jason Orley’s writing and direction frame him in a manner that rounds him significantly; we see the appealing older brother figure that effortlessly charms us in the same way it does Mo, the easily persuaded, ambition-lacking young adult who hones a certain toxic indifference, and the surprisingly intuitive man who’s much more in touch with his emotions than he wishes to let on.

The more Mo looks up to Zeke and attempts to emulate his mannerisms, the further he endangers his relationships, not just with his family and friends but, perhaps most significantly, with a potential love interest (Oona Laurence) who appreciates Mo for who he is but won’t stand for the older guy swagger he thinks she’ll respond favourably to.  The film never justifies the behaviour of either Mo or Zeke, but it paints their actions as believable and understandable, and it’s hard to imagine audiences not relating to a faction of either their personalities or relationship.

Big Time Adolescence isn’t reinventing the coming-of-age genre, it’s just a prime example of when it’s done particularly well.  Orley understands that the seemingly defining moments of teenage life don’t have to dictate your existence if you don’t want them to.  There’s genuine humour peppered throughout this observant film, resulting in an ultimately reflective, almost tragic product that understands its characters on a deeper level than what other teen films are often afforded.

A suburban teenager comes of age under the destructive guidance of his best friend, an aimless college dropout.